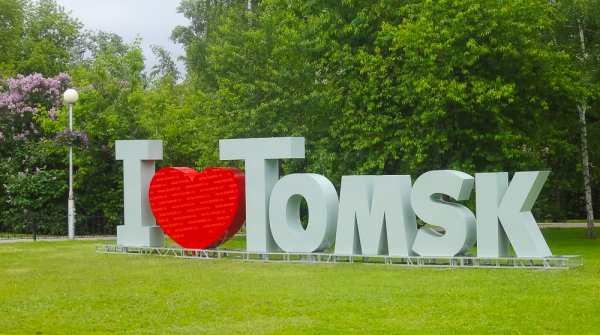 Tomsk was founded in 1604 and served as a fortress, a merchants’ city, a centre of the gold rush, and the centre of a huge province covering several regions of today’s Russia and Kazakhstan. The establishment in 1888 of the first university beyond the Urals changed Tomsk dramatically. The city is both old and always young; its humming life is filled with hopes, talents, and youthful energy.

Four universities are found within one and a half kilometers! No other city in the world can boast such close proximity of its higher educational institutions. The two more universities are also quite close by; in Tomsk, everything you want is right outside. More than 72,000 students attend classes in Tomsk institutions of higher education, so every eighth resident of Tomsk is a student.

Tomsk has many local cultural institutions, including several drama theaters, a children’s theater, and a puppet theater. Major concert venues in the city include the Conservatory Concert Hall and the Tomsk Palace of Sport. The city also has cultural centres dedicated to the German, Polish, and Tatar languages and culture.

One of the most remarkable features of Tomsk is its picturesque architecture, created by the hands of masters from Europe: Marfeld, Gut, and Orzeszko (Poland), Langer (Austria), Geste (Scotland), Gibert (France), Turskiy (Germany), and Tatarchuh and Homich (also from Poland). Their masterpieces of different genres, borrowed from Europe, decorated Tomsk. Tomsk architecture has always been its “must see!”  There is probably no one who is indifferent to the variety of Tomsk architectural styles. Here one can find wooden architecture, art nouveau, baroque, classicism, renaissance, and eclecticism. Architects from all over the world dreamed of “conquering” Tomsk, which was situated in the most eastern part of Western Siberia and possessed a tremendous cultural potential. They managed to create a “European corner” in a Russian provincial city that attracted scientists and gifted people from around the world. Each of them made a great impact on the history and culture of the city, making it up-to-date and expressive.